scroll down
The Truffle
Arabian Phoenix of Gastronomy
Discover more about the truffle
Read More..

The truffle, a fruit of the earth known since ancient times.

There is evidence of its presence in the diet of the Sumerians and at the time of the patriarch Jacob around 1700-1600 BC.

The first testimony of truffle appears in the Naturalis Historia by Pliny the Elder.

In the first century AD, thanks to the Greek philosopher Plutarch of Cheronea, the idea that the precious mushroom was born from a combination of natural elements such as water, heat and lightning was handed down.

This idea inspired various poets, including Juvenal, who claimed that the truffle, known as "tuber terrae", originated from a lightning bolt thrown by Jupiter near an oak tree (a tree considered sacred to the father of the gods).

Jupiter was also known for his prodigious sexual activity, the truffle was considered highly aphrodisiac.

The truffle was already at the time highly appreciated, especially in the tables of nobles and high prelates.

Its aroma was considered by some scientists of that time, a sort of "fifth essence" that caused on the human being an ecstatic effect.

The term truffle began to spread in Italy in the seventeenth century, but in the meantime the vulgar diction had already emigrated to other European countries assuming various diction: "truffle" in France, "truffel" in Germamia, "truffle" in England.

WHAT AND WHERE IT IS BORN

The truffle is an underground mushroom, or rather mysteriously underground, extremely valuable and sought after.

It is characterized by tuberiform fruiting bodies that form spontaneously in the soil at a depth that varies from a few centimeters up to, in exceptional cases, 60-100 cm. It has a coating, smooth or warty, called "peridium" and has an internal pulp called "gleba", which when cut appears marbled due to the presence of light-dark veins.

The truffle, like all the mushrooms, is a "heterotrophic" organism, that is not able to synthesize the necessary substances for the development because it has no green parts able to carry out the chlorophyll photosynthesis. It receives organic substances, like animal organisms, directly from the external environment, in particular from the roots of higher plants, such as oaks, poplars, willows, willows, beeches, hazels, limes and conifers, to which it binds in a relationship of "mutualistic symbiosis".

This type of symbiosis is defined as such because it establishes a relationship of mutual exchange that benefits both plant and fungus. The fungus receives from the plant the carbon hydrates, indispensable for its development, in the form of simple sugars; the plant, in turn, receives water and mineral salts from the fungus, greatly improving its vegetative state.

The truffle possesses a vegetative part called "mycelium", constituted by thin filaments widely branched in the ground that, in contact with the terminal parts of the roots of the host plants, develop particular organs, called "mycorrhizae" through which the exchange of vital substances, previously described, is established.

The characteristics of color, taste and smell of the truffle are determined by the type of trees where they develop.

For example a truffle grown near an oak tree, will have a more pregnant scent, while one grown near a linden tree will be lighter and more aromatic. The shape, instead will depend on the type of ground: if soft the truffle will be smoother, if compact, it will become knotty for the difficulty to make space.

The truffle contains 75%-80% of water, a reduced quantity of fats (1-6%) and a fair amount of proteins (6-8%) that places it among the most nourishing exponents of the fungal kingdom. In addition, a good content of minerals (phosphorus, magnesium, calcium) and numerous organic substances must be added.

The high percentage of water contained in the truffles and the presence of not digestible molecules from the man, make that the nutritional value of the truffle, also in presence of a remarkable consumption is not of primary importance and it is therefore usable without contraindications for every age band and weight.

Harvesting  must take place after ripening, since the typical penetrating and persistent scent develops only after ripening and has the purpose of attracting wild animals, such as pig, wild boar, badger, dormouse and fox, which spread the spores contained in the "aschi", large cells present in the inner pulp, necessary for the reproduction of the species.

Traditionally the harvesting was done using the pig, but the problem of this method is that the pig is greedy of truffles, and therefore it is necessary to prevent him to eat the found; currently the use of the pig is banned because of the environmental damages caused by this animal. Harvesting with wild boar instead has never been used, because of the evident difficulty to control a wild and not tame animal.

Nowadays, for the search of the truffle, we use only dogs specially trained, we do not use breeds, on the contrary we generally choose small breed of crossbreeds.

It is forbidden to commercialize immature truffles or not belonging to the 9 selected species that will be listed below.

The collection of truffles is free in the woods and non-cultivated land, including pastures; hoeing, weeding, and ploughing is strictly forbidden as it kills the mushroom.

Generally, the maturation takes place in autumn, but there are also spring, summer and winter species.

SPECIES OF TRUFFLE WHOSE COLLECTION AND COMMERCIALIZATION IS ALLOWED IN ITALY.

Known as truffle of Alba is considered the most precious variety of truffle given also its commercial importance.

Its aroma is distinct and pleasant and vaguely reminiscent of garlic and Grana cheese.

It grows only in Italy and Istria, from the plain up to 600m.

The harvest period is from September to December.

The white truffle needs special soil to be born and develop: the soil must be soft and humid for most of the year, rich in calcium and with good air circulation.

Is well understandable that not all the lands present these characteristics and just these environmental factors make that the truffle, in general, becomes a rare fruit how much coveted.

Known as truffle of Norcia, after the white truffle is considered the most valuable at commercial level and is one of the protagonists of the international cuisine.

Its scent is intense, aromatic and fruity.

It is typical of some Mediterranean countries, such as Italy, France and Spain.

The harvest period is from November to March.

In Italy it grows wherever there are calcareous soils, from the plain up to 1000 m.

It has an aromatic and intense smell.

The harvest period is from June to November.

The smell reminiscent of hazelnut and is pleasant and distinct, it is very similar to Tuber Aestivum Vitt but of much lower quality.

The harvest period goes from September to December.

The smell is intense, it grows in winter under broadleaf trees.

The harvest period is from January to April.

It is very common in Europe and in Italy is present throughout the territory.

The harvest period is from January to April.

The smell is distinct and pleasant, similar to Tuber Magnatum, with which it shares the development area.

The harvest period is from July to December.

It is an edible truffle of poor quality.

The period of collection goes from September to January.

Being a living and delicate organism, the truffle must be consumed quickly, also because it tends to dehydrate and disperse the aroma, worsening clearly from the quality point of view.

In order to keep as much as possible intact the scent, it is necessary to avoid the contact of the truffle with the water that favoring the maceration of the tissues causes the rapid deterioration of the fruit; moreover an excessive evaporation worsens the organoleptic qualities, dehydrating the truffle that becomes leathery and loses fragrance.

To protect it, while waiting for consumption, the most valid system consists in wrapping it with dry absorbent paper, to be replaced daily, in order to maintain a sufficient degree of humidity around it.

Then the truffle must be put in a hermetically sealed container (since the other foods present could absorb its scent) and stored in the refrigerator, in the least cold compartment.

Other secrets for conservation are to keep it immersed in rice, sand or even clay after having cleaned it of the earth that surrounds it at harvest time.

The quality of the truffle depends on the degree of maturation that must be complete and the only valid element to ascertain the level is the "gleba", whose design must clearly highlight the darker veins.

The price of sale of the truffle suffers strong oscillations from a year to the other, in relation to the climatic and seasonal trend; moreover the quotations can vary inside the same season with daily fluctuations, reaching maximum peaks in the period of minor offer, that coincides with the end of the harvest period (September and January).

The value of the truffle is proportional to the size and regularity of the shape. 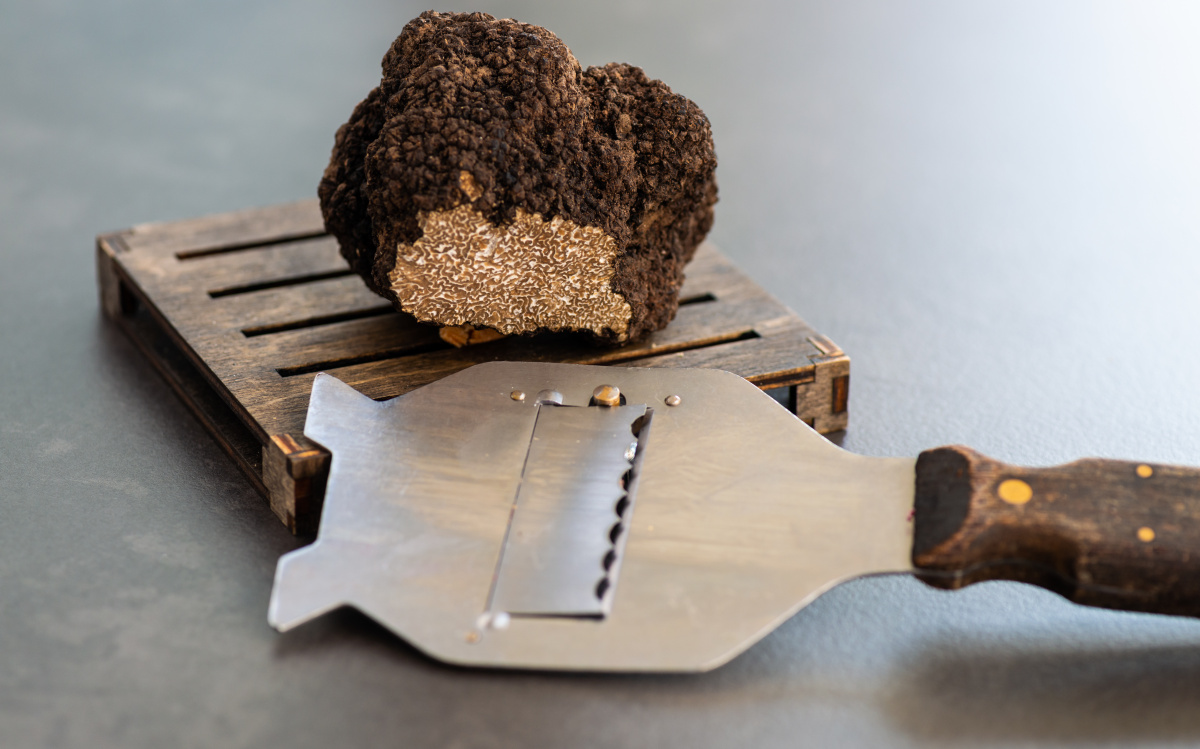 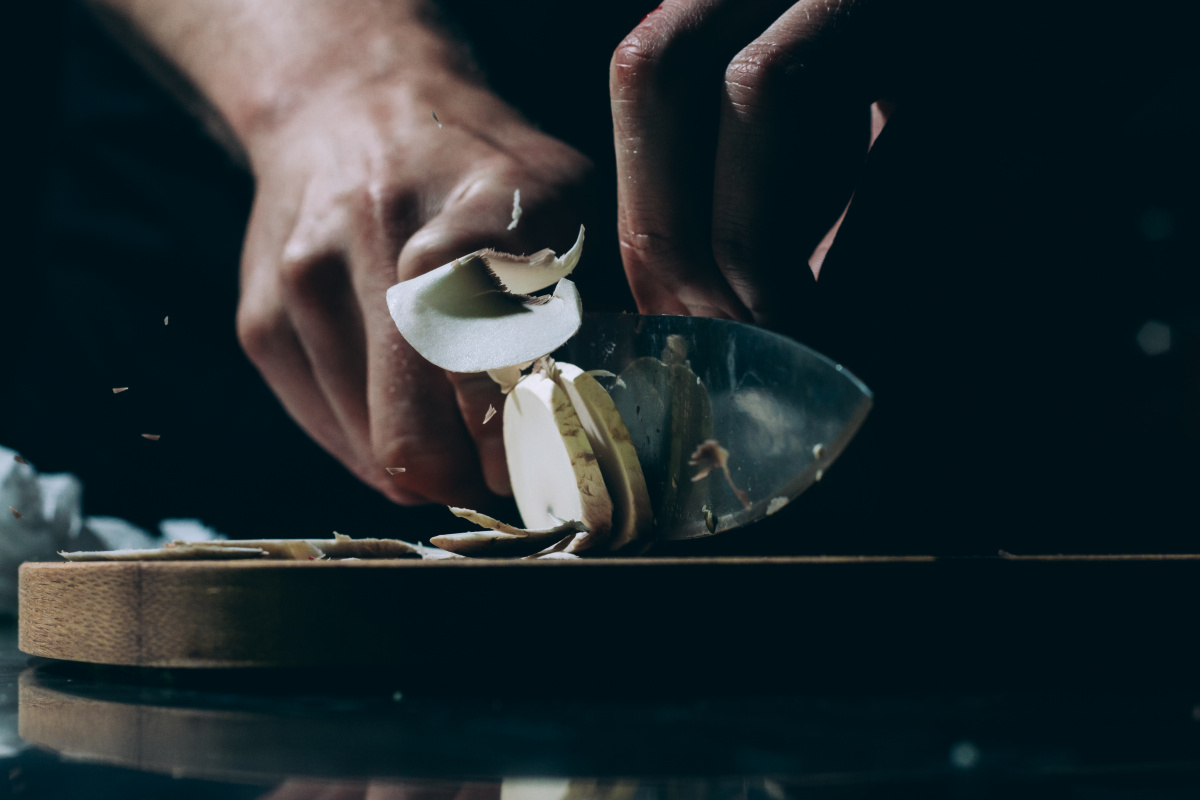 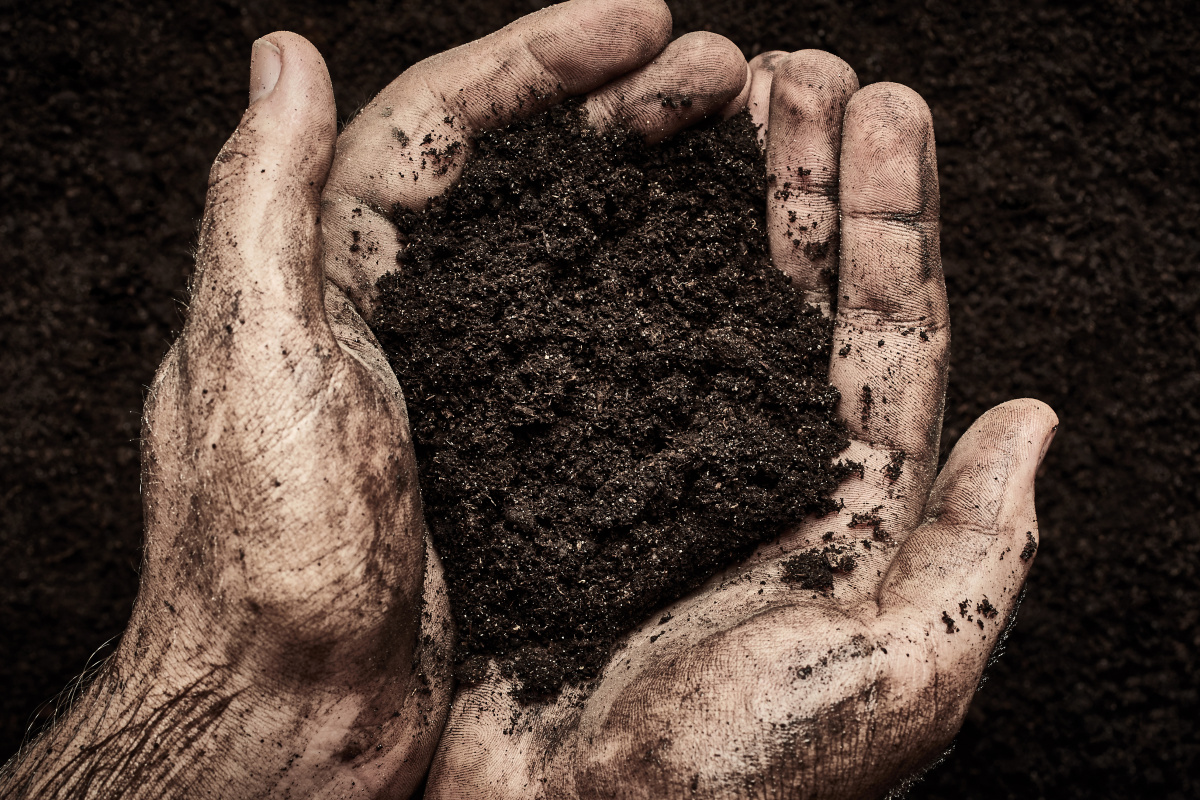 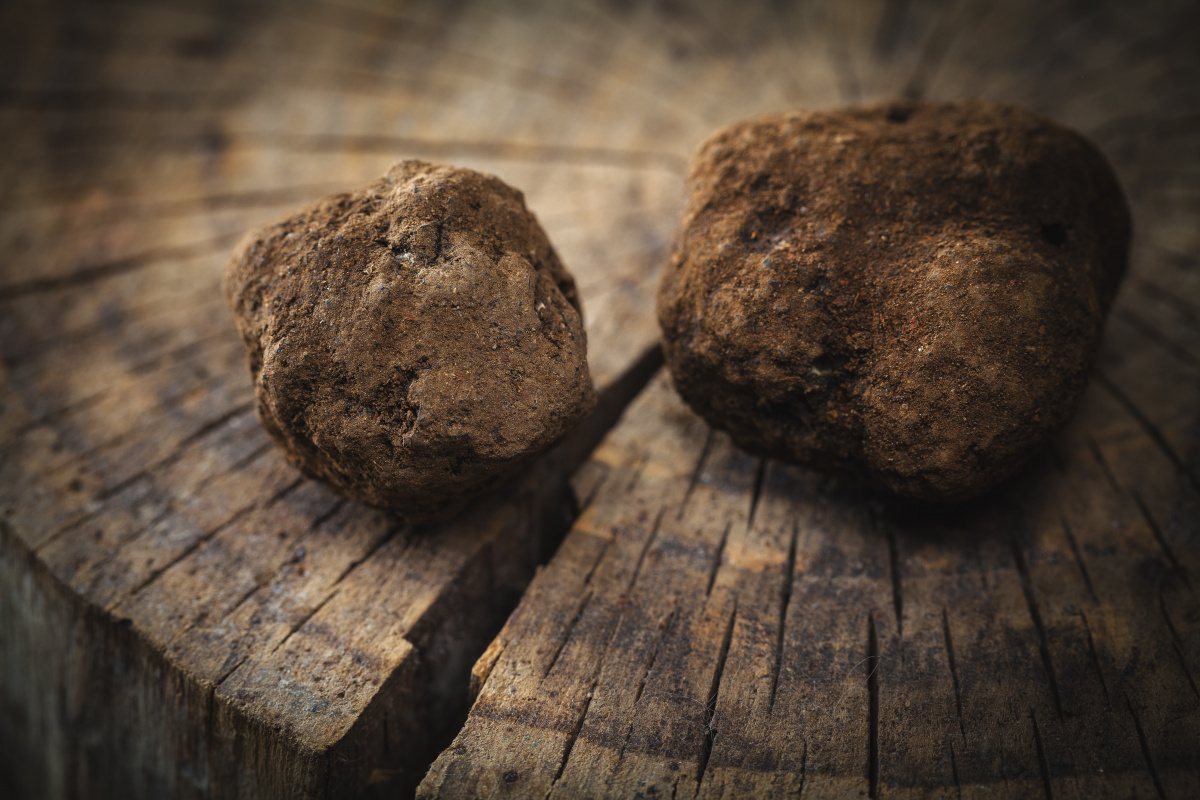